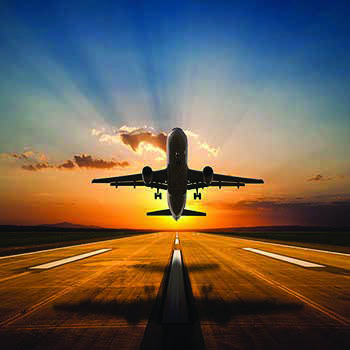 This story starts as most do…small shop grows, implements modern technology, experiences more growth and is thrilled with the hurdles they’ve been able to overcome due in part to E2. But, while most shops would continue to strive for more and more sales, there’s a small CNC shop specializing in the aerospace industry in Van Nuys, CA that is actually trying to slow down a little.

“Our company is deeply rooted in our community and we have a rich history providing quality machine parts for so many customers,” states Rhonda Strubel, Executive Administrator for Volume Machine Inc. “After growing for more than 15 years, we are fortunate to now be able to pick and choose our projects. For a host of reasons, we are choosing to slow our business down a bit and E2 is helping us, now more than ever, to do that.”

Volume Machine has been using E2 since 1999 and while they don’t use every module of the software, Rhonda admits that they wouldn’t have the control and precision in their business had it not been for the knowledge E2 has provided them over the years. “The manufacturing industry is notorious for having a tumultuous, cyclical cycle. With E2, we can be flexible and run with those changes.” Because every bit of information is accessible with just the click of a button, Rhonda and the team can quickly identify which current jobs and which prospects will best suit their schedule and goals. “Our focus now is simply about making good machine parts for a good purpose. We have the opportunity to make this business what we want.”

“It was like going from an ancient, antiquated, human system to a fun, AI video game. It has a user-friendly dashboard and is such a forgiving tool that I often challenged people to make mistakes when we were all learning the software in the beginning.”

Rhonda was the leader in implementing E2 and remembers back to those initial days with the software. “It was like going from an ancient, antiquated, human system to a fun, AI video game,” Rhonda states with a laugh. “It has a user-friendly dashboard and is such a forgiving tool that I often challenged people to make mistakes when we were all learning the software in the beginning. It’s so intelligent and intuitive, even errors are easily corrected. I’m an analytical geek so I often joke that it’s a bit like playing a video game. It makes my job fun!”

When she began the E2 software start up, the President and Founder, Richard Arnold was a bit reluctant that it would be worth the investment. Rhonda challenged that she could manage inventory, order and track delivery of their master shipping cartons faster than he could manually. After it took her just a few minutes and Richard nearly a day to do the same task, he conceded that E2 was not only valuable on the simple tasks but one with which he could see endless proficiencies.

Even with all the growth they’ve experienced, Rhonda admits there are still more E2 modules for them to use. “We probably only use about two-thirds of the features but are currently getting more and more serious about becoming fully compliant. What’s great is that when we decide to pull that trigger, I know E2 will come and hold my hand through the entire process if I need them to.”

So there you have it — proof that a small shop can utilize robust software, all while having fun!